Split testing, also popularly known as A/B Testing is a method by which affiliate marketers use several different landing pages in order to determine which page works the best for clickthroughs and conversions. Split testing has gained a lot of fame in the past decade and has its fair share of debunkers too. Below, you will find the benefits of split testing and tips on how you can get it right as well.

Split testing takes affiliate marketers a step further from Search Engine Optimization. Now that most affiliates have SEO figured out, split testing helps with understanding how the landing page plays a major role in conversions as well.

Landing page optimization(LPO) is best achieved through a multitude of split tests. If you think you have the design perfected and some SEO tweaking will ensure a steady flow of conversions, you are probably wrong. While SEO does drive traffic to your site, LPO is important in order to ensure conversion.

Most affiliates have realized the importance of split testing. Imagine increasing a 2% conversion rate from ads to 4% simply by offering the perfect landing page. However, in order to achieve perfection it is necessary to know what visitors are looking for in a landing page.

At the heart of every response based campaign, the method allows you to present several different ideas to visitors and then arrive at a conclusion of which works based on solid mathematical data.

Imagine you have started a new restaurant and are the chef. The only way you will become popular is by offering a wide variety of dishes on your menu. Five years from now, regulars at your restaurant will have a few dishes they love and order. People from out of town will drop in for your signature dish. But you discover this only by testing.

Split tests thankfully do no need five years; affiliates can run A/B tests or tests with several variables (Landing pages) in a short time depending on traffic and quickly fine tune their operations.

Wider Funnel offers a detailed list of case studies to further understand the effect of split testing on conversions.

A study by the University of British Columbia published by NPR shows that colors play a major role in how internet users behave on a website. The study shows that the color red makes people more cautious while blue makes them more receptive to ideas.

Titles are usually the first thing that a visitor to your landing page will read. Use different titles or tweak your titles continuously while split testing to see which one attracts the most conversions.

The human eye is instantly drawn towards images before text. The kind of image you have on your landing page can have different effects on different visitors. It is important to find and use an image which is generally effective. Split testing can help with this.

While most of the content might be skimmed through, generally interesting body paragraphs will be read to some extent. Split testing will tell you which font size or type to use or how to write copy that sells.

Split testing must be considered based on the type of campaign as well. Say for example you have a simple campaign with a $2 conversion rate as compared to a more elite campaign with a $500 conversion rate. It is obvious that gathering enough data for a statistical analysis for the former will not take much time, however the latter campaign might take weeks or even months of data gathering to be able to arrive at an analysis. No affiliate can afford to put up test landing pages for so long for simple testing. Choose your campaigns carefully for testing and apply the lessons learnt across all your campaigns.

Every test that you begin must have a hypothesis. It is much simpler to frame a hypothesis and then run the results against it to arrive at a conclusion instead of sitting and starting at data trying to interpret it in several different ways.

A new campaign will almost always lose money on the first few days. This is also the golden period for split testing. Offer visitors several different pages in a new campaign to get honest data about which one is preferred by them. Data for new campaigns is usually never affected by other external factors like popularity of your affiliate or brand recall.

Remember that split testing entails that you are losing at least 50% of your visitors in a simple A/B test. Multiple variant testing would mean smaller profits for the period of testing while you tweak your landing page.

The following five tools are the most widely used online for several types of split testing.

A free app, Google offers Google Experiments which helps you compare how different web pages perform with a random sample of users.

Still a popular tool amongst affiliate marketers, STA installs on your server and also offers Taguchi testing which helps make calculations based on incomplete data as well.

CPV Lab offers several tracking and testing options for traffic across multiple platforms. A web based, self hosted program, CPV Lab runs on your own server.

Gives affiliates the option of A/B testing as well as multiple variable testing. You can change different parts of the same page as well.

While simple A/B testing has had its fair share of critics over the years, it is still a very handy tool used by several successful affiliate marketers to ensure they create high conversion landing pages. Split testing or multivariate testing is still the best way for affiliates to tweak their campaigns and earn the maximum benefits.

Have you tested your landing page? We’d love to know your experience in the comments.

5 Tips for Choosing the Right Affiliate Program for your Website 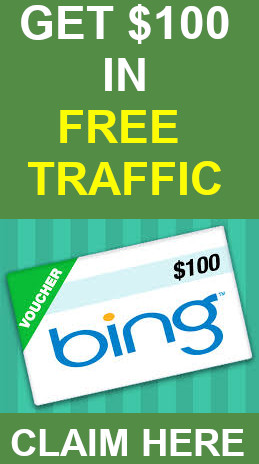