You’ve just spent time coming up with a campaign to draw more leads into your funnel and the good news is that it’s working! That first email in your sequence is going out to all those who have signed up and shown an initial interest, great news! The question now is what do you do next? How to increase email marketing response rate?

EMAIL MARKETING IS NOT DEAD!

Fundamentally what it comes down to is how the email campaign is being handled. Though it’s true that in a number of spaces email marketing may not be as effective as it once was with all the new rules and filters being developed, but it is by no means “dead”. Your time is well spent learning how to properly harness this super-power for your own positive ROI. Email marketing is only dead to those who don’t do it right which means to those who do it’s still an absolute gold mine!

This article is going to be focused on the follow up sequence; what you should do after you’ve already sent out your initial email to greet a new opt-in.

I could go into what the “industry standard” is for considerable opt-in rates vs. open rates and click-through rates, average email response rate and blah blah blah… but that’s all gibberish if you don’t have a foundation to compare to. This is where it becomes important to not only set up proper, well thought-out funnels for your subscribers to go through but you need to really keep an inquisitive eye on your statistics.

Check out how many emails are being sent out and look at how many of those are being opened. Are you getting a lot of hard bounces? For those reading this who may not know, a “hard bounce” is when you get a return to sender type of scenario because the email that just went out was to an address that doesn’t exist.

Most if not all autorespondor services provide some sort of dashboard you can look at for the usual statistics like open rates and click-throughs from links inside your emails. Keep an eye on these as well because they’ll be important in the steps to follow.

No open? No problem: Send a follow-up

Now, typically speaking you’re going to have a series of emails that your opt-ins will go through. These can be simply set on a schedule so they just go out blindly (which is what a lot of email campaigns do) and I’m not saying this is a bad idea because it isn’t.

However, the aim of a follow-up is to of course get more people to open those emails up; this is where subject lines come into play.

I’ll just come right out and say that unless you have a pretty large list an actual A/B split-test on your list isn’t going to be very reasonable. What you can do instead is simply take all the people on your list who haven’t opened that initial email and send them all a follow up message.

The good news with this is that you don’t have to change the body of the email itself, just the subject line. Though there is no way to guarantee that everyone who registers as not opening your email didn’t actually see it thanks to things like email preview windows; it’s still a good practice to send out a 2nd email with only the subject line changed.

When changing the subject you’ll want to make the change is pretty drastic. Try taking the opposite approach of whatever your initial approach was. If you sent something out which sounds more “businessy” and professional then shoot the follow up to everyone who’s supposed to get it with a subject line that’s more casual; maybe even bordering on friendly.

Here are some techniques & best practices to increase performance

Times have changed and so have people. It may seem like a great idea to personalize every email with the recipient’s name but it’s been shown this might not be the best idea.

Let’s put it in simple terms. How would you feel if some sketchy salesman approached you and as soon as your engaged in a handshake he asks your name and then just starts off every single thing he says with “Well, John, Mary or Joe!” Bad example, I know, but you get the idea. It’s considered strange by a lot of people when their name is used in some email they’re only vaguely familiar with or in some cases completely unfamiliar with at all!

There is something marketers commonly refer to as the “dead zone” in email subject lines. It’s typically the character range after 50, or at most between 60 & 70.

This means that if you are composing subject lines which are longer than 60 or 70 characters in length then you’re pretty much wasting your time as open rates don’t test any better the longer your subject line goes. It’s always a good idea to keep your email subjects short and punchy as their only purpose is to capture curiosity and compel people to open.

If you were to ask around “what’s the best time of day to send my emails out?” chances are you’ll get a bunch of different replies. One thing in common with those replies however will be the times mentioned will usually fall between 8pm and Midnight EST. That’s if you are mailing out once per day, which is generally recommended. The reason for this is because you’ll typically be catching people in that small window when the day has been winding down and your recipient is in that down-time frame of mind where they’re doing things simply to kill time before bed and one of those activities for many is checking emails.

There is a chance you may not check your emails on your cell phone, but a lot of people actually do. What this means is that it’s a great idea to be sure your emails are sent out with mobile readers in mind. There really isn’t much you need to do in preparation for this but here are a few ideas.

Open rates are different for everyone but there is a detail which tends to remain constant and that’s how much time you have to turn a fresh opt-in into a dedicated fan. The window for this is typically somewhere around 3 months. If you don’t capture the attention and dedicated interest of someone within those precious first 90 days then you can consider them lost for good… or are they really?

In many cases, yes they are. However, if you simply try again with a fresh and brand new Re-engagement campaign you could wind up pulling in a fair number of those people who simply weren’t interested before.

The reasons this works are many but one of the most basic could just be the person you weren’t able to reach before just wasn’t in the right frame of mind or they had things going on in life during that time and your email was the last thing on their priority list. Giving them another chance by sending a completely new and modified campaign to draw them in and hopefully keep their attention this time tends to work pretty well.

Remember that this is basically a last ditch effort to regain that person’s interest so give them all you’ve got! You need to make sure that this first email in the Re-engagement series is punchy and captures attention. It needs to appeal to them and it helps if it captures curiosity in a sense so they simply ‘have to’ click to see what the heck you’re talking about.

Let’s Wrap It Up

Email Marketing can be extremely lucrative for anyone who chooses to add it to their Internet marketing tool belt. The overall process is extremely simple.

If you’re interested in learning how to build an email list of your own with extensive lessons covering everything explained here and way more then it’s a great idea to join us for access to our complete training academy >> POWERHOUSE AFFILIATE.

Powerhouse Affiliate offers several courses and complete steps that will teach you how to completely dominate the affiliate marketing game. On top of that you get access to the exclusive forum where you can ask questions and get help from other members and keep in mind that this forum is for members only.

There are a bunch of other cool things you’ll get access to besides all the great email marketing stuff, like our premium CPA marketing lessons among others. If you want to find out what else is in store for you in the member’s area then you’re going to need to head over to the main site right now.

How We Made 5 Times More Money With CPA vs Adsense

The Ultimate Free Affiliate Guide - Click to Get a Copy Now! 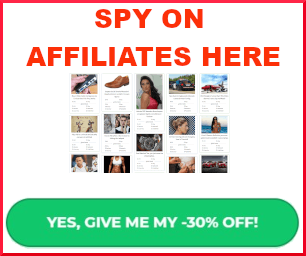 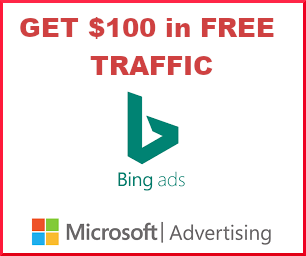