For anyone who has been living under a rock then you might not know this but 2018 has had a very bumpy start for CPA affiliates and advertisers running social media traffic.  (Even some of you ecommerce guys and gals can attest to this.)

In the first quarter of the Year Facebook has cracked down significantly on fake accounts, fake news and content that is just plain rubbish. Even some of the ecommerce sites that push out cheap products from AliExress/China are getting closed down. No Facebook marketing strategy is working for them.

As I sipped my morning coffee yesterday I read an article that said Facebook had shut down over 583 million fake Facebook accounts in the 1st Quarter. Now that’s what I call a Sweep! 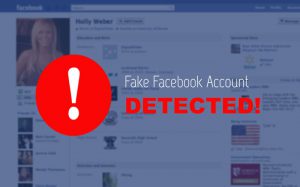 Most of these Facebook accounts would have been built to game the system and get links in front of people that normally wouldn’t be allowed based on their advertising terms.

Most would argue that the reason for this crackdown is a result of Mark Zuckerberg being questioned by the Senate due to a snowball of problems which started around the dissemination of fake stories, the election of Donald Trump, and the leak of information to third party app Developers.

Many Affiliates and advertisers alike use Facebook as their number one traffic source for getting sales and leads. While many of those 583 million Facebook accounts were complete blackhat facebookers, some of those accounts were real white hat advertisers who also took a beating.

Many would attest that 2018 has began on a very bumpy road when it comes to social media traffic, and it’s only going to get harder to game the system.

Well it’s only going to get harder to game the system of Facebook for Facebook lead generation and fruitful rewards. By the end of the year they promise to hire over 20,000 people specifically for making sure that advertisements and links out are compliant with their terms. Considering the amount of ads that are submitted on a daily basis, 20,000 people may not be enough, but combined with their AI I think they will be able to keep most people away and force them to find better business practices.

The big move to E-commerce Whitehat and International offers.

From all the conversations I’ve been having with other affiliates it’s clear that the shift is happening and people are moving to offers that are more stable and long-term. There has been a lot of people looking for international offers, straight sale diet/muscle/skin & e-commerce, and lead generation style offers. By running these types of offers your Facebook advertising account your business will be more stable, you’ll have less complaints, and you can keep your campaigns active longer.

The purpose of this post is to spark discussion around how others are approaching this new Facebook advertising environment. Please join us in the Forum discussion to provide your comments and insights and questions around how you plan to take advantage of the biggest traffic Source online this year!

How To Powerfully Upgrade Your Blog Content For Higher Success

How to Run CPA Affiliate Offers on Facebook Without Getting Banned

Thanks for reading! I am a FULL TIME Affiliate who has been doing this stuff online since 2002. Hit me up in the forum if you have questions or comments. Go to Powerhouse Affiliate and join now!