I can hear it already…

Well my good fellow marketer, no, it most certainly is NOT “dead” and I’m going to discus a way to stay in the game and even pull ahead for just about anyone who’s willing to do the work.

This is NOT easy. It will take work and a lot of it. There are shortcuts such as heading over to a website which sells this type of service, and chances are good you’ll have much success if you find someone who actually does a good job. That said however, you do run the risk of burning through some cash before finding that excellent provider and that’s honestly just the way it goes when it comes to these things.

What am I talking about? PBN’s otherwise known as private blog networks.

WHAT ARE PRIVATE BLOG NETWORKS (PBN)

In short, they are a network of websites, usually blogs, which are used to send backlinks to any given webpage of choice. Because of the way Google tends to still use backlinks as an indication of a site or page’s “popularity” some genius minds discovered that owning or at the very least borrowing someone else’s network of blogs is a great way to get a bunch of backlinks back to the website of your choosing.

In order to actually run one of these pbn’s you will usually need some serious digital real estate in the form of man, many different websites all spread out across many different servers and spanning across a huge variety of niches and such. The reason behind this is to keep Google from catching on and snatching your blogs then tossing them into the naughty pile, which will cause your entire pbn to become ineffective overnight in some cases. It’s a scary thought but these types of things do happen and it’s important you know this before considering looking into building a pbn of your very own.

SHOULD YOU BUILD YOUR OWN PBN

If you have the resources and the ability to maintain it as necessary, then yes… absolutely! They come in handy and can really be a valuable asset to anyone who chooses SEO as a means of traffic generation.

That being said however,  you do have to keep in mind that pbn’s are often times a major undertaking and unless you really know your stuff, you’re not going to fare too well right out the gate.

The good news is that you don’t really have to go ahead and buy up a bunch of domains, hosting services, build a bunch of blogs and websites and manage and maintain them all just to get those powerful pbn backlinks. Not only does it tend to cost a pretty penny in many cases, if you’re dealing with new domains then there is the issue of letting them age so they grow a bit of authority which will help them give even more power to each of their links which lead back to your SEO pages.

Instead of building up your own private network, why not use what’s already out there? You don’t need to own anything (this of course has it’s own pitfalls) and you’re free to hop around and create more backlinking pages as time goes forward.

With the large number of high authority websites which let users generate their own content you can simply use what’s already there and still have pretty favorable results. Chances are in some cases you’ll see better or not quite as good results, it really is a numbers game as much as it is a waiting game where SEO is concerned. Thanks to a previous update done by Google which took things from “once in a while” to basically “in real time” once changes are made to a webpage and once that webpage is pinged by Googles little crawlers the algorithm is updated and you can see your websites rise or drop in those search engine rankings over the course of just a day or two instead of a week or two.

That is not to say you’re to expect initial results that quickly because chances are you won’t see your websites hit that first page of Google for a few weeks, if not a few months. But you can rest assured that if you’re doing your part, and the niche isn’t ridiculously competitive, then you stand a decent chance.

This topic of pbn’s isn’t something that’s covered in fine detail within this article as the subject is really expansive and would require a small book written about it to go over all the details. But it should be just enough to set you on the right path to deciding if it’s something you want to do to help your own SEO efforts.

THIS IS WHERE THE TECHNICAL DETAILS ARE, RIGHT HERE!

So you want to build a backlink portfolio but you don’t want to build your own pbn to do it? Can’t say that I blame you to be perfectly honest.

What I’m about to share with you is a lot of work, there is just  no way around that fact. However, if you’re serious about your SEO and you want to get that much needed traffic then you have to pay for it somewhere, that’s by time or money… in this case it’s going to be time.

What you will be doing is using these to write small, effective blog posts which are sprinkled with appropriate keywords for your niche and will of course have at least one or two links going back to your target webpage.

You’re going to want to repeat this process for various web2.0 sites such as tumblr, instagram, pinterest, stumbleupon, and the list really does go on… yet again Google searches are your friend. The idea here isn’t to necessarily spoon-feed you the details but guide you along a path so you can actually teach yourself how to do this because the idea remains the same but all the technical details tend to change over time and if you’re reading this some years after it’s publication I want you to still be able to take this information and run with it no matter what changes have been made to the way these types of websites work.

Look up something called a “link pyramid” and follow it’s construction with your own link-network which will ultimately lead back to your “money page” which is the page you want to rank higher in the search engine results. 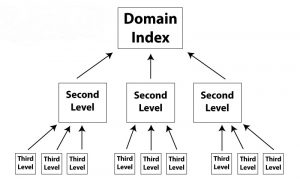 Social bookmarking sites (which often times fall under web2.0) are yet another type of site you should be linking from. These are your typical social sharing sites like Facebook, Twitter, and even some of the other’s already mentioned tend to fall under this category like Instagram and such.

Taking a quick look at the simple graphic above you can see how a solid link pyramid might work. You have different layers pointing to another layer which then points to another layer until eventually one entire layer all points back to your main webpage… this can go as many layers deep as you want but you really don’t need to go more than just a few layers deep.

The idea is to have your “weaker links” point to your stronger ones, then eventually pointing to your “money site” so that the “link juice” as it’s often called has a chance to build up through this chain you’ve effectively created which let’s Google know that there’s some importance to your main SEO page.

SOME FINAL WORDS ON SEO AND YOUR EXPECTATIONS OF IT

SEO takes a long time in many cases, just the way it is. You can put in all this hard work and often times have to wait two or three months before you crack the top 5 pages of Google for your respective keywords. It’s sad, but that’s just the game we play when we go after that free traffic.

It is something that’s nice to have in the toolbelt, but it should never be your only means of generating traffic if you can help it. Paying for traffic can be scary if you’re just starting out, but the you don’t need to swing for the fences from day one, you can start small and gradually build up.

Inside the big platinum doors of Powerhouse Affiliate you’ll find a great deal of powerful training which will teach you how to get those returns on your traffic investments that every single affiliate marketer dreams of from day one of their self employment adventure.

Something we understand with great clarity is that if the money isn’t coming in, not only does your pocket book suffer, but your morality suffers too and nobody wants that. It’s important to not only know what to do, but how to do it and that’s just what we’re all about.

It’s super simple to give a general example and send you on your way (which is kind of what this article is, I’ll admit) but that’s just not enough when you’re really looking to take the next step up and join the ranks of successful affiliates. We offer complete training from absolute ground-level beginner up to advance stuff in the CPA sector you probably won’t find anywhere else.

There is an iron clad money back guarantee to all members who decide to take their career to the moon with us, and that means the risk isn’t ever yours to bear… it’s ours and we’re more than happy to do that for you as a way of saying “thanks for giving us a shot”

How To Powerfully Upgrade Your Blog Content For Higher Success