Business opportunities are out there just waiting for anyone willing to scoop them up and take them to greater heights. Sometimes these opportunities are pretty average, you might even call them typical but other times they can be as unusual as the people who think them up… and that’s a great thing! We’re going to have a quick look at five really interesting new business ideas which have already been started in hopes that maybe these will get your own creativity flowing so that you can come up with something innovative of your own.

I Want To Draw A Cat For You

What a mouthful that title is, but it’s gotten it’s creator a lot of recognition, so much that he’s even made it all the way to the hit show Shark Tank where he managed to pitch his business idea to a handful of popular investors and business-people.

The website is owned by Steve Gadlin who is a web developer, writer, comedian, and prolific stick figure cat artist as proclaimed on his own website (and who are we to deny the man credit for his talents, am I right). He hosts the nationally syndicated television program Steve Gadlin’s Star Makers and in 2012, Steve appeared on ABC’s Shark Tank to pitch his cat drawing company to their panel of millionaires and billionaires. While he assumed he was there as comic relief, he walked out with a new business partner – Mark Cuban. 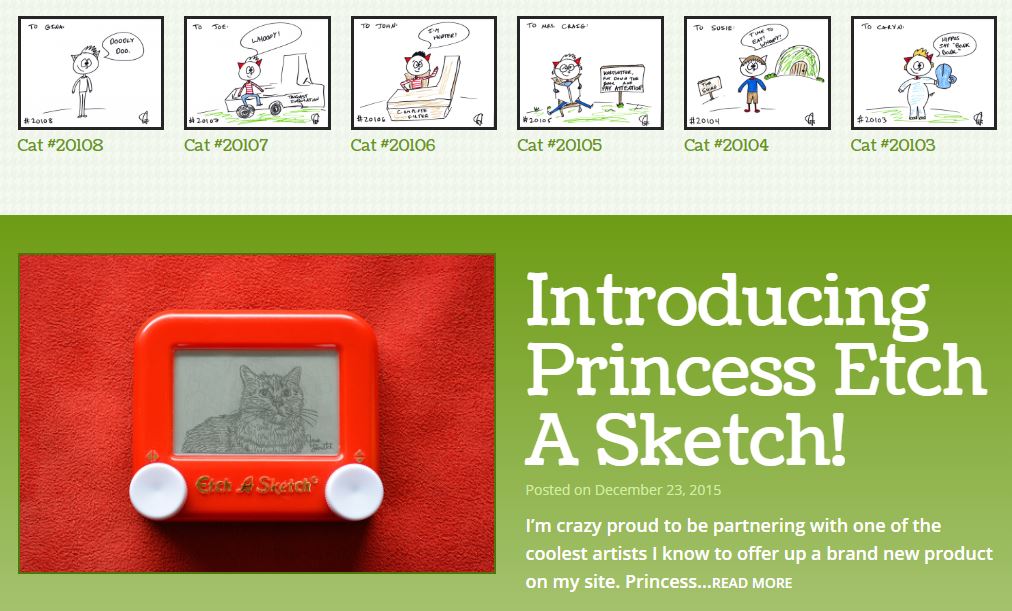 If you’d like to take a look at Steve’s website then you can visit it with this link here:

It’s a pretty neat site which actually offers quite a lot of different options in the way of cat-related merchandise. Brows around and see if it inspires anything within you.

If you’ve ever heard of the glitter bomb craiz which became quite popular just a couple of years back then you’re probably familiar with the company who supplied the goods… Ruin Days!

Since the ‘good old days’ of just supplying glitter bombs, this company has since taken to the moon with their variety of options to help you ruin your select target’s day. Of course all of this is meant to be just a silly joke, a light hearted poke if you will, but some of the stuff they offer is pretty outstanding! 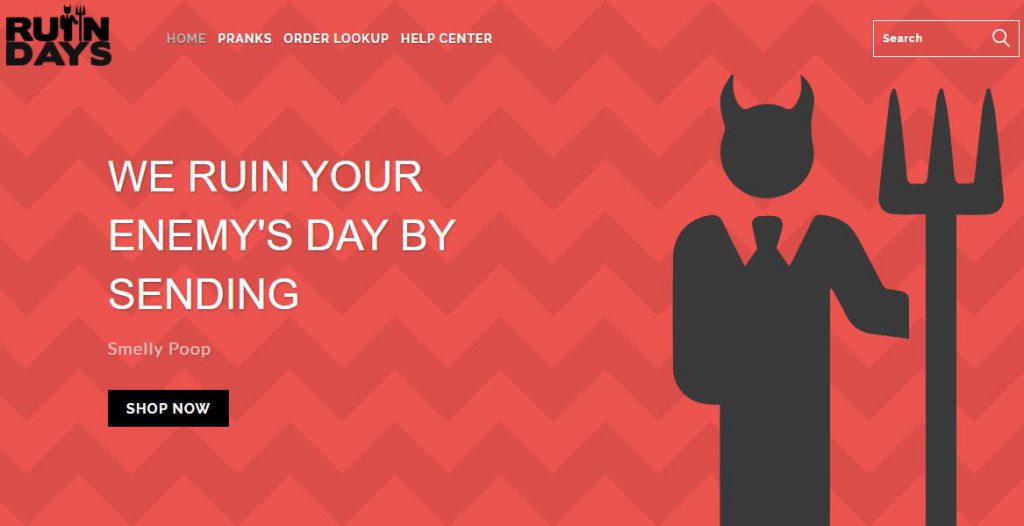 Have a look at their website if you’re interested to see how they’ve structured their business model. Maybe even take a look at a few YouTube videos under the keyword “glitter bomb by mail” to see this stuff in action, it’s actually pretty amusing at times.

Here is yet another silly yet brilliant idea which was featured on the Shark Tank television show, Potato Parcel! The idea behind this is simple, you pick the person you’d like to send a simple message to and then you have it written on a potato and mailed to them. Potatoes have become something of a pop culture reference for things which are mundane and below the bar in a manner of speaking. Take the reference for a video which was produced in very poor visual quality, you’d probably have someone say “this video looks like it was filmed on a potato” and they’d probably be right! 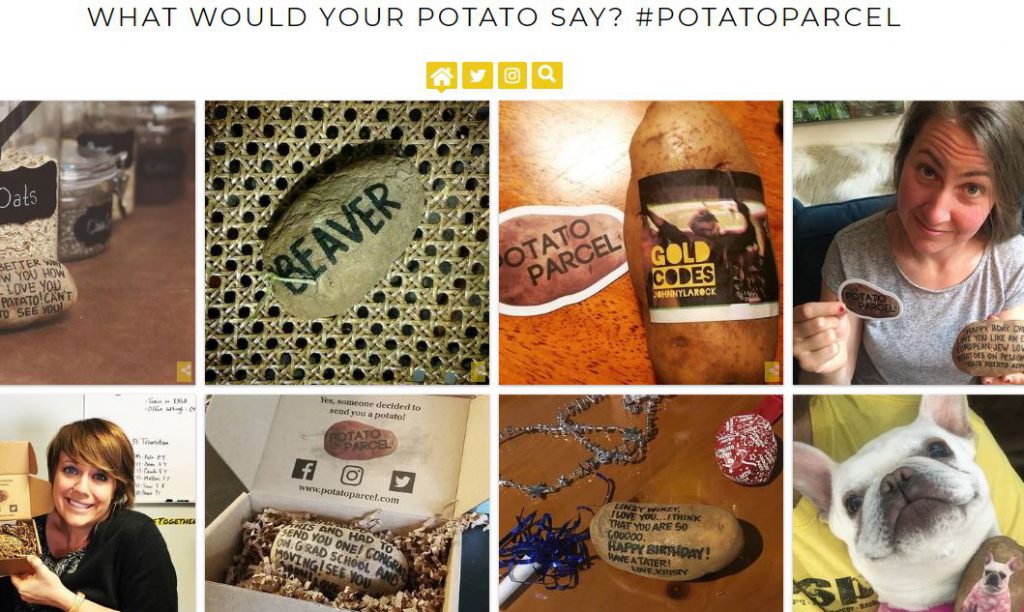 Take a peek at their website to see it for yourself right here:

Something interesting you’ll notice about both the glitter bomb site and the potato parcel site is their way they really try to capture the attention of each visitor and lure them in with opportunity. Upon initially visiting the website you will have an opportunity to join their mailing list and play a game, it’s actually quite a clever way to build a list of leads, see it in action for yourself at their website.

A lot of these novelty businesses ideas tend to have a common thread which is longevity, or in many cases the lack of it. It’s very easy to spot a trend, throw up a quick ecommerce business around it and bank for a period of a few months until the trend dies down. What you could be left with may very well be profit to the tune of a few hundred thousand dollars, maybe. It of course would all come down to your ability to put the business together and market it, creating enough buzz around your new brand that it starts to become viral and spreads through word of mouth.

The big ‘problem’ if you wish to see it that way is the fact that a lot of these business types will blast off to the moon for a short period of time and then fizzle way down. So, if you don’t make the bulk of your profit up front while the trend is still climbing then you’re probably going to miss out on your cash-grab.

It’s always a good idea to have the future in mind and that’s where things like your typical affiliate marketing business model come into play. Sure, it’s probably pretty exciting to start up some silly business and watch it grow into a huge money maker for the short-term, but what happens when that money well runs dry? You don’t want to be left with nothing to fall back on and you really don’t want to wait until it’s too late to start something new!

If you are thinking of how to start your own small and new business, then Affiliate marketing is a great business model that just about anyone can run from the comfort of their own home with little investment to start and all it really takes is the proper know-how.

That’s what we teach at Powerhouse Affiliate, the knowledge necessary to truly launch a business of your very own right from the comfort of your own home.